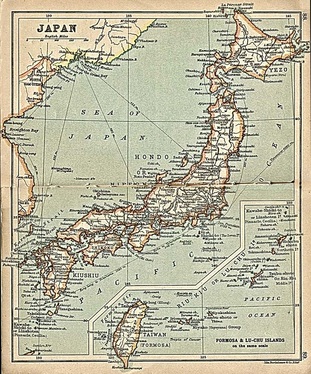 Over time Japan formed a multitude of small Islands surrounding it, the main ones being Hokkaido, Honshu, Shikoku, and Kyushu. Japan’s culture and economy are heavily influenced by the fact it is an island.

The Japanese environment meant an abundance of resources such as rice and fish. The humid climate and open seas meant perfect opportunities for these foods. Although only a mere 15% of the land was flat enough to grow rice, being surrounded by large mountains that not only caused issues for farming but separated the different clans.

However, there were some disadvantages to living in the Japanese islands.  For example, there were frequent earthquakes, violent tidal waves, dangerous volcanoes, and furious hurricanes, and there was a very tiny amount of the land good enough for farming.  In addition, a very small amount of natural fuels, like coal and oil, were available.  Even so, the rainy climate of Japan, and the numerous mountains, made a gorgeous landscape; the land a beautiful spread of green.